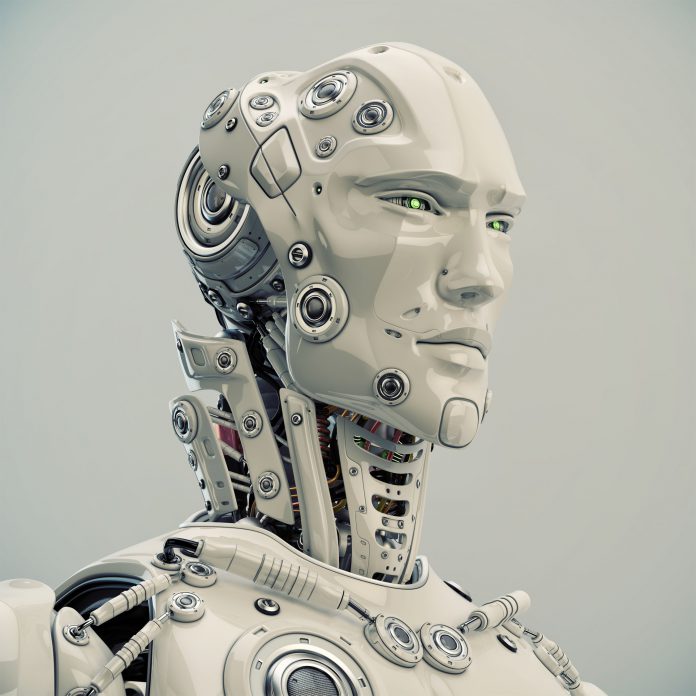 Emergence of three exciting tech areas in Asia that could be Singapore’s next growth sectors.

The tech startup industry is full of buzzwords. It’s easy to get lost in the hype. And keeping up with the industry can make the whole effort extremely challenging. What may be the best vertical to start up in Singapore is very different from what you should focus on in the rest of Asia. In Singapore, there is a push by both public and private entities to figure out the best possible way to achieve this. The aim to transform industries through technology in the city state is a strong one.

Here are three such sectors where technology is influencing how business is done.

Singapore plays to its strengths with Fintech 2.0

Asia has been slow to pick up on fintech, but it’s catching up quickly. Singapore’s government-backed initiatives to transform the city state into the tech startup capital of the region is well documented, but in fintech, the private sector is also taking a keen interest.

An unusual reality of the fintech sector is that disruptive startups need to work with the incumbents – the big banks – in order to make a space for themselves in this traditional industry. At the same time, the banks need to work with startups to innovate faster and remain competitive. While the earliest finance-related companies – let’s call them fintech 1.0 – were mostly based on consumer-facing solutions that aimed to disrupt banks (like P2P lending, remittance, and crowdfunding), fintech 2.0 companies like Singapore-based M-DAQ are more collaborative, understanding the value that comes from working with banks. Banks not only provide a wide distribution network for fintech startups to tap into, they are also the most up to date when it comes to regulations and compliance.

With the finance industry making up 13 percent of Singapore’s economy (as of 2015), startups have a long legacy of large financial institutions with which they can work.

Despite the city-state’s size, 10 of the top 15 highest funded fintech startups in Southeast Asia come from Singapore. This trend is also reflected in the massive increase in investments in fintech last year, where US$4.5 billion was invested in Asia alone, a four-fold increase from the previous year (PDF link).

Robots are beginning to pLAY CRUCIAL roles in our lives

Asia is taking robots very seriously. Robotics is predicted to be a US$82.7 billion industry globally by 2020, with Asia-Pacific growing faster than all other regions.

Humanoid robots have been with us for almost half a century now, with their importance increasingly felt in industry and manufacturing. With robots working in transportation, security, and healthcare, a number of VCs are putting in money in startups with an interest in the full spectrum of AI and robots – with Toyota contributing some cash as well.

The Singaporean government has scaled up its National Robotics Programme to develop and deploy new technologies aimed at healthcare, construction, manufacturing, and logistics with robotics and automation technology. Facing labor shortages especially in low wage jobs, Singapore is looking to robotics to address the country’s needs. One vote of confidence has come from Savioke, (an autonomous robot company who rent out their robo-butlers to hotels) who, through funding from EDBI has also set up a base in Singapore in line with its Asian expansion plans.

Robots are also coming to the workspace. The growth of industrial robotics sales in 2014 was the highest ever, with 229 261 units sold globally, according to a report from the International Federation of Robotics (yes, apparently there is such a thing). Asia accounted for 139,300 of those sales. In fact, while 70 percent of the global sales went to five countries, three of them were from Asia – China, Japan, and South Korea.

As a tech startup, it’s easy to get lost in the myriad of options available to you in order to build and scale a business. Few are willing to take the chance on the truly unique and different streams outside of ecommerce or Uber-esque transportation and deliveries. But Asia is clearly poised to build rapidly the next batch of innovative startups – and these three verticals look like the next big thing.

IOT, or Smart Urban Solutions, is helping to build a “Smart Nation”

There will be 6.4 billion “things” connected to the internet in 2016, according to data from Gartner. That’s up 30 percent from 2015. Every day in 2016 will see another 5.5 million new ‘things’ connecting to the internet.

This is particularly exciting in Asia as Frost & Sullivan predicts the Southeast Asian IoT market to be worth US$7.53 billion by 2020, up from US$1.68 billion in 2015. While Japan, China, India, and South Korea are expected to lead the smart devices charge for Asia, the rest of the region is keeping pace. Indonesia launched a smart city project in 2015, Malaysia is implementing an IoT roadmap, and Japan is looking to tap into IoT to solve the country’s unique problems.

Singapore is a popular choice for international companies in IoT. Dell’s recent launch of its third global IoT lab in Singapore, along with Greenwave also setting up its R&D centre in Singapore means companies are also looking at the city state as a base for building solutions and conducting cutting-edge research that benefits the region.

It’s unsurprising, given Singapore’s massive push to make it a wired-up city as part of its “Smart Nation” program. Coupled with this, startups from across the region are building apps and gizmos for homes and businesses, from using your smartphone to control your house, to implementations in areas like ecommerce and pharmaceuticals. Multinational corporations are also investing in the Singaporean VC ecosystem to support early-stage firms specializing in IoT.

With IOT playing a crucial role in Singapore’s Smart Nation goals, manufacturing, logistics, homes and buildings, and retail are all looking to benefit from the productivity, cost savings, and big data-driven predictive intelligence that IoT can bring, in a city where high-speed data transmission, analysis, and storage continues to drive down IOT implementation costs. 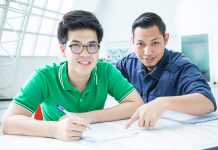 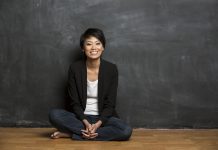 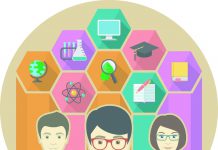 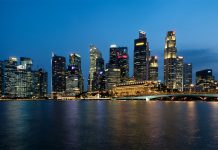